VHF Vs. UHF Range: Best Choices for Indoor and Outdoor Use 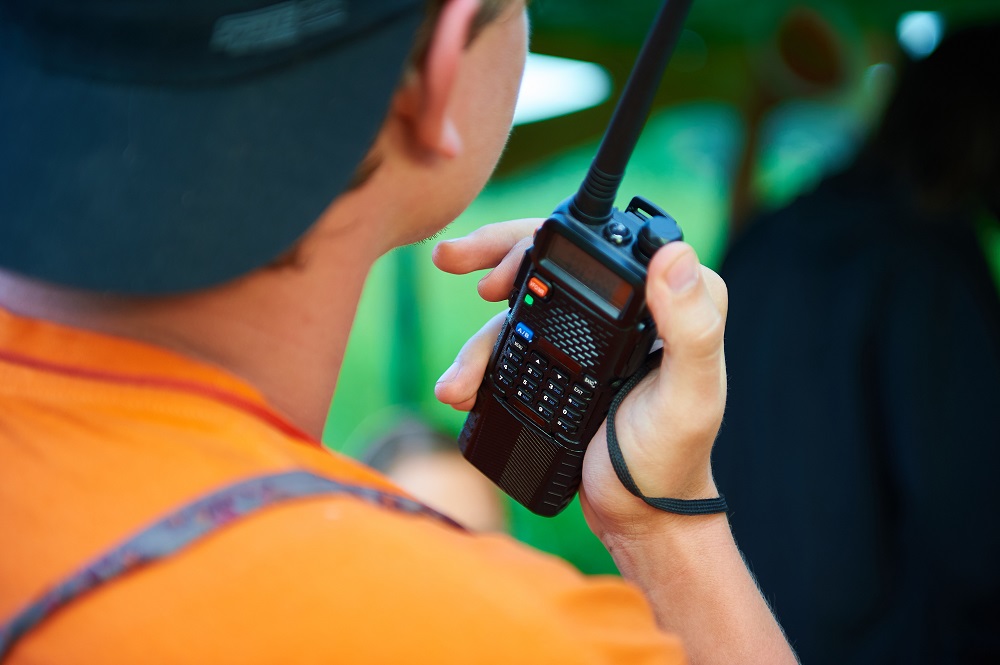 It’s pretty common to come across advertisements for two-way radios that claim a model has a range of thirty miles or more. But if you do your research, you’ll find that many models don’t offer the type of range the manufacturers claim they do. But in terms of VHF vs UHF range, which type of radio frequency truly offers the type of range most buyers are looking for?

In this guide, I’ll go over how VHF and UHF frequencies work and what can have a negative impact on a two-way radio’s range.

When you’re shopping around for a new set of walkie talkies, whether it’s for use on the job, around the home or yard, or for your next camping trip, it’s important to learn the differences between the radio frequencies used, in order to determine which type will be able to meet your needs.

When you’re using walkie talkies, the signal is usually transmitted via UHF or VHF. Both types come with their own advantages and disadvantages. In some cases, using VHF will be a better choice, while in others, UHF will be the smarter decision.

If you’re considering purchasing a set of walkie talkies for commercial or personal use, then knowing the differences between these radio frequency bands will allow you to find the perfect set based on your individual needs, where the walkie talkies will be used, and how you plan on using them.

Below, I’ll go over the most important factors you need to consider when you’re trying to decide between VHF and UHF, how each radio frequency works, and the pros and cons for each type.

Range capability is the biggest factor for most buyers. In many cases, a radio’s max range is more theoretical than realistic since terrain and equipment type can greatly affect range.

Other factors that can impact range include:

Not all radio signals are the same. Radio signals differ in how they react when they come into contact with materials and how the signal travels. Frequencies that are below two megahertz are reflected off the atmosphere. This means the signal follows the curvature of the earth. These low frequency signals can be received by walkie talkies that are below the horizon, hundreds of miles away. Basically, the lower the frequency, the farther it can travel. HAM frequencies and CB radio frequencies are in the high frequency range of twenty-nine to fifty-four megahertz, which gives them some of these qualities. However, low frequencies are very vulnerable to other issues.

First, not all radio signals are the same. They differ in how they travel, and how they react when they encounter materials.

Most walkie talkies produced these days have a 130-900-megahertz frequency range. UHF and VHF are the two most commonly used frequency ranges for walkie talkies. VHF features 130-174 megahertz, while UHF features 400-520-megahertz. These higher frequencies can travel in straight lines that are called line of sight signals, unlike frequencies that are below two megahertz. These high frequencies are not able to travel beyond the horizon. This means the distance to the horizon is the max communication range for walkie talkies, without the help of additional equipment that’s designed to boost the walkie talkie’s signal. However, there are additional factors to consider.

Which Frequency Range is Better? 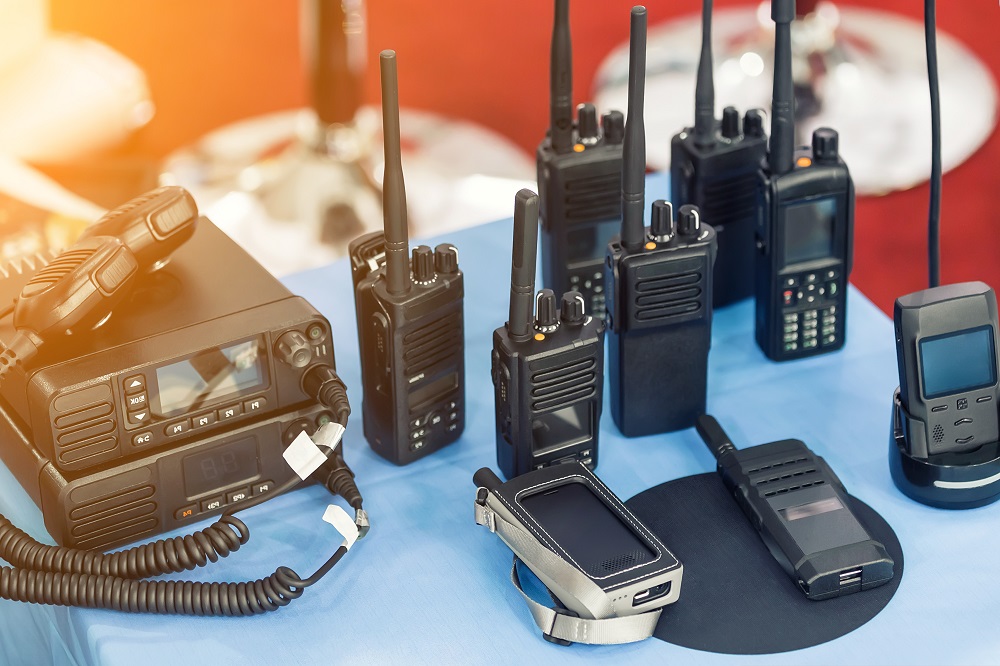 As I mentioned above, UHF and VHF are the two most commonly used radio signals. Both types have their pros and cons, so neither one is inherently better than the other.

A VHF signal is able to penetrate objects easily, unlike UHF. It’s also able to travel farther. If both waves were transmitted over a stretch of land that had no obstacles, VHF would still be able to travel twice as far. However, while VHF can easily pass through obstacles farther and easily, it doesn’t always make this type of signal the best choice. The difference between these two signals is how they react around structures. Keep in mind, UHF signals are shorter, which will be important around or in buildings.

As an example, if you’re trying to communicate from one side of a building to the other, in between, there’s a thick metal wall with a small opening. A radio wave is not able to pass through metal. UHF is approximately 1 ½ feet wide, while VHF wavelengths are around five. The smaller UHF signal will be able to easily pass through a door. However, a VHF signal is reflected because it’s significantly wider than a doorway. Because of this, UHF does a better job of navigating through small spaces inside a building in order to reach its destination. Unfortunately, VHF signals are usually blocked by the metal inside the building.

How to Extend Range

There are some tips and tricks you can try if you find yourself in a situation in which you need to get more range out of your walkie talkie. Of course, how well these tips will work will depend on where you’re at and what type of radio frequency your walkie talkies operate on.

Using a better-quality antenna is the easiest way to extend range. When it comes to the distance to the horizon being the max communication range, an antenna will be a key factor. Distance calculation is based on the antenna’s height. Basically, the exact distance to the horizon will vary depending on the height of the antenna. There’s a formula used for calculating the distance to the horizon based on the antenna’s height, however, it’s pretty technical. As an example, an antenna that’s six feet tall at both ends of transmission will have a max range of around five to six miles. A user who is around six feet tall and is using a five-watt walkie talkie on flat terrain will have a max range of six miles. But does this mean the users are guaranteed six miles? No. they may only get four or five miles. So, what can they do to improve their range? Use a better antenna.

Not every antenna on a walkie talkie is the same. Most models will use two common types:

Many radios on the market these days have stubby antennas since they make it easier to place the walkie talkie in a pocket or backpack. However, these antennas can reduce the range up to thirty percent compared to a whip antenna. If range is a priority for you, then look for walkie talkies that are equipped with whip antennas.

Basically, the higher the antenna, the longer the communication range will be.

Radio signals can be blocked by obstacles. Metal will not be your friend when you’re using a walkie talkie since radio waves are not able to pass through it. Additionally, hilly terrain can also be your enemy. If you live in an area with hills, just like metal, a radio signal will be unable to pass through it. However, radio signals are able to travel through many types of non-metallic objects including furniture, human bodies, masonry, and drywall. Yet, each time a signal passes through an object, the strength of the signal will be negatively impacted. Additionally, the denser an object, the more it will reduce the strength of the radio signal, meaning with every object the signal passes through, the range will be shortened.

Signal strength is another important factor when it comes to determining the distance a walkie talkie is able to communicate. The stronger a signal, the more it will be able to withstand the weakening when it passes through an object or an obstacle. The signal strength is basically a result of a walkie talkie’s power output, measured in watts.

An unlicensed radio, such as an FRS model is usually limited to two watts, while CB radios come in at four watts. Other types of handheld radios such as HAM and GRMS are limited to five watts. The max wattage for every type of two-way radio is set by the FCC. Additionally, a walkie talkie runs off a small battery. Models that run on a higher wattage mean a walkie talkie’s batteries will not last very long.

How to Increase Range

Purchasing a set of VHF or UHF walkie talkies can be a time-consuming process, considering all the confusing options available. For most people who are new to walkie talkie use, the choice is more complicated since most people simply don’t know the differences between VHF and UHF, which often leads to them choosing the wrong type of system for their situation.

The simplest answer is: Go with VHF if you’re planning on using your walkie talkies outside and in areas that are relatively free of major obstructions, such as buildings. If you’re planning on using the walkie talkies inside, then you’ll want to go with UHF. UHF offers a better all-around signal and is the more popular option, due to its versatility. If you’re not sure which type of system will work for you, then always go with UHF. While the UHF signal isn’t able to travel as far as VHF, they will do a much better job of penetrating concrete, steel, and wood, and will give you better performance and range around buildings and in urban environments. They also have a reputation for hugging the earth better, which provides an improved performance in hilly terrain.

Now that you know more about the advantages and disadvantages of using VHF or UHF radio frequencies, you should have no trouble finding the right set that can meet your needs.

Basically, when it comes to VHF vs UHF range, it’s often a trade-off. If you’re looking for a set of walkie talkies that you’ll use mainly outdoors where you’ll have a clear line of sight, then a set that operates on VHF will be a great choice since the signal will be able to travel farther. However, if you’re planning on using the walkie talkies around or in buildings, in heavily wooded areas, or in urban areas, than a set that operates on UHF is the better choice here since the signal will easily navigate around structures and will not be blocked like VHF signals will be. Essentially, the trade-off that you’ll be making is the longer distance VHF offers versus avoiding any potential dead spots around or in structures, which is what UHF signals will help you avoid.