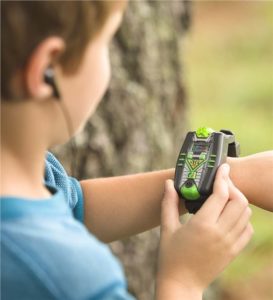 Morse code is an informal language where texts are transmitted in a series of clicks, lights and on-off tones. The language can only be understood by a skilled observer or listener. The language makes use of basic Latin alphabets, Arabic numerals, and a set of procedural signals and punctuation. The signals are called dits and darh or dots and dashes and are commonly used in walky talky talk. Each morse code symbol represents numeral/letter or a prosing.

Each of the letter or numerals is represented by a sequence of dashes and dots that are unique to it. Typically, each letter of a word is separated by space equal to one dash or three dots while the words are separated by a space that is equivalent to seven dots.  The language is commonly used by the amateur radio operator, air traffic controllers, pilots and Aeronautical navigation aids. The language is less sensitive to the poor signal condition and does not require decoding devices. It is a walky talk language that comprehensible to humans and can be used to send automated data to skilled listeners.

Learning morse code is not as complicated as most people think. In fact, it is easier to learn morse code and sit for CW exams and pass.

Why Should One Sacrifice His Time To Learn The Language?

Morse code has been used in movies to communicate in times of emergencies. For instance, blinking lights can be used to send a message and help one avoid getting into dangerous situations.

Steps in Communicating in Morse code

After learning Morse code, it is important to practice communicating in the language. The first thing you must do is to connect with the person you want to chat with on walkie talkie talk. At this point, let’s call this person the “BASE.” In fact, it is advisable that you nickname all the people you will be communicating with.

When you want to talk to BASE, all you have to do is to say “to BASE.” Once the recipient hears his nickname, he will respond by saying “Go ahead.”

Once the conversation is done, the caller may say “Clear.” The recipient needs to respond by saying clear.

If you want to call someone else other than the BASE, you may say ‘’to Josh’’. When he hears his name, he will say “Go ahead.” The term Go ahead means that Josh is ready to listen.

Here is a sample of a typical conversation.

3 BASE: can you come to the front desk and sign a package that has just arrived

If the person you are talking to is not responding, you need to repeat yourself several times. You may utter the following words severally, “Josh to Base” I repeat “Josh to BASE.”

The meaning of “Roger” and “Copy.”

“Copy that” is used when you want the other person to confirm whether he got your message. If he got the message, he would respond by saying “roger that” or just say “Roger.”

The meaning of Wilco

During the walky talk, it is recommended that you talk in a positive tone because the person you are talking to can easily tell your attitude.  You also need to speak clearly because it is possible that your radio may pick unnecessary noise from the background or the recipient may be in a noisy area.  Also, ensure that you make the conversation short because it is possible that someone else may be trying to reach you as you continue to blub. Avoid uttering cursing words and avoid repeating same words over and over because it is unprofessional.

Normally, Channel 1to 22 are GMRS channels, however, if you want to use a higher-power channel you need may need to get a GMRS license. In the U.S. the license may be bought from FCC. You will be penalized if found transmitting without FCC license.