How to Use a Marine Radio 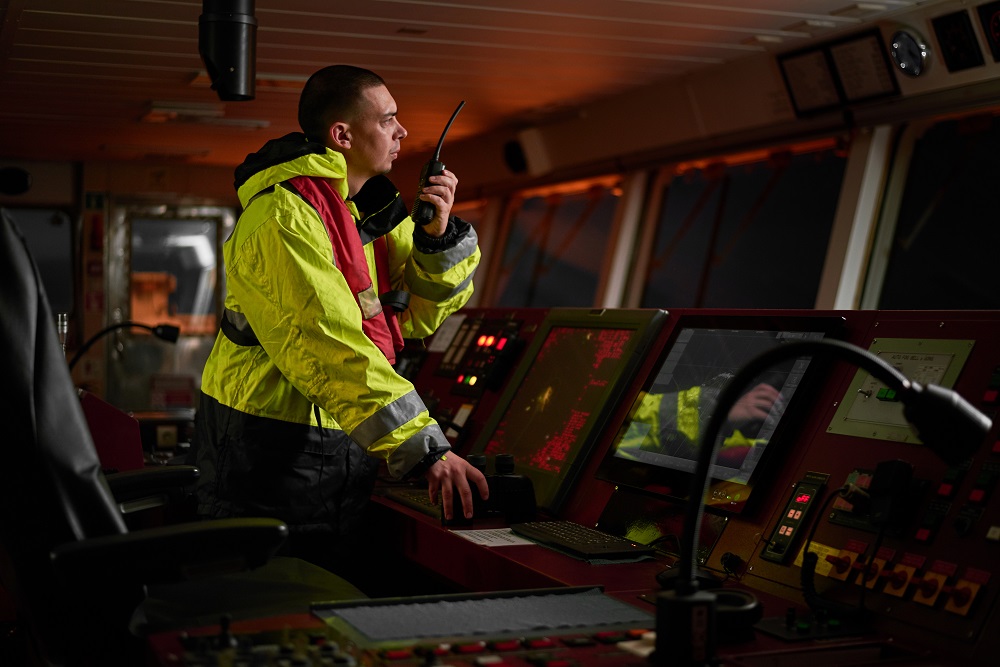 Marine radios are important pieces of safety equipment that are found on every boat. Knowing how to use a VHF radio can save your life, the life of your passengers, and other boaters. These handy radios can be used to communicate with marina operators, the coast guard, and other boats.

Fortunately, learning how to use one is pretty simple, so with a little practice, you should get the hang of your VHF radio in no time.

How to Use a Marine Radio

First, you’ll switch on the radio, adjusting the squelch by turning the knob until there’s no more static.

Performing a radio check is important since it ensures your radio is functioning properly. However, you won’t want to use channel 16 for this purpose. Instead, you’ll use an open working channel and check channels:

Switch the radio to the one-watt power setting, keying the mic.

Say “radio check” 3 times, following by your location and the name of your boat.

Wait for a reply that confirms someone has heard your transmission

Open marine radio frequencies are designed for operational messages, so it’s okay to share information about the weather, but don’t carry on a conversation. These channels need to be kept open for important information.

How to Use Your VHF Radios in an Emergency 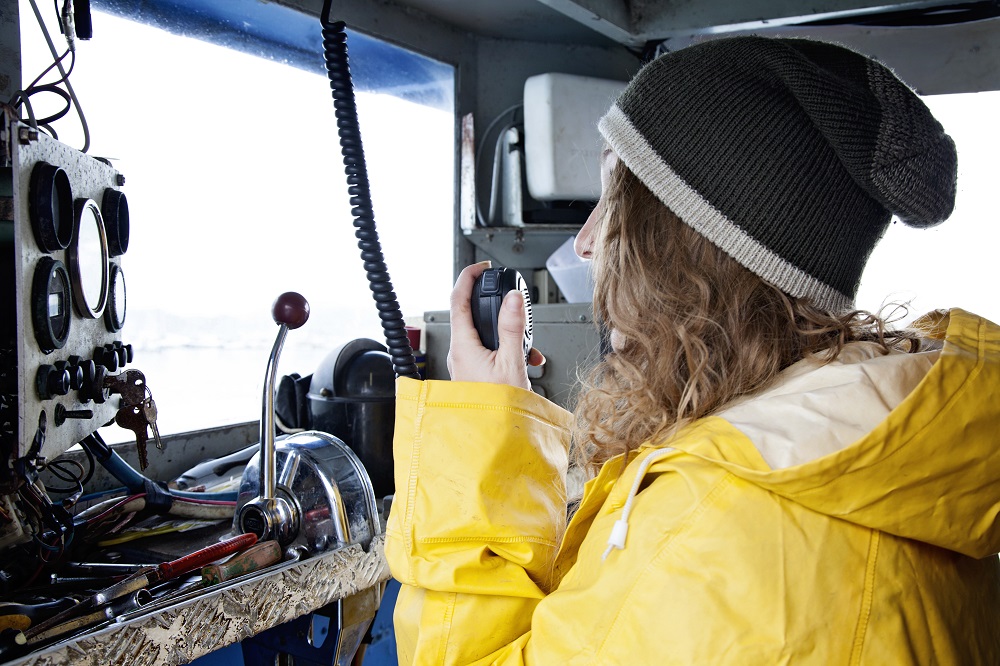 In the event of an emergency, you’ll turn your radio to VHF channel 16,

Using a VHF Radio in an Emergency

Tune the radio the channel 16 and full power. If this is a life-threatening emergency, you will say “ mayday mayday mayday” and say the name of your boat. You will need to wait for the coast guard to respond. Make sure you’re ready to reply with your location. If possible, provide the longitude and latitude from a GPS.

If it’s an emergency, one that’s not life-threatening, instead of saying “mayday” you will say “pan-pan”.

Never Head Out Without Your VHF Marine Radio

Yacht and motorboat operators should never leave the marina, dock, or shore, without a radio on board. A very high frequency or VHF marine radio can save your life. A radio is your main way to receive and send distress calls to other boaters and the coast guard.

These radios remain the preferred communication method for boaters, despite the popularity of smartphones. A radio is more reliable than cell phones when you’re on the open seas since they’re able to withstand rough weather and they’re wired to a boat’s battery. This means they will always be charged and ready to go. Additionally, they provide better reception compared to a cell phone. A VHF radio can also reach a wider audience compared to a cellphone and you won’t have to worry about memorizing phone numbers to speak with other boats. 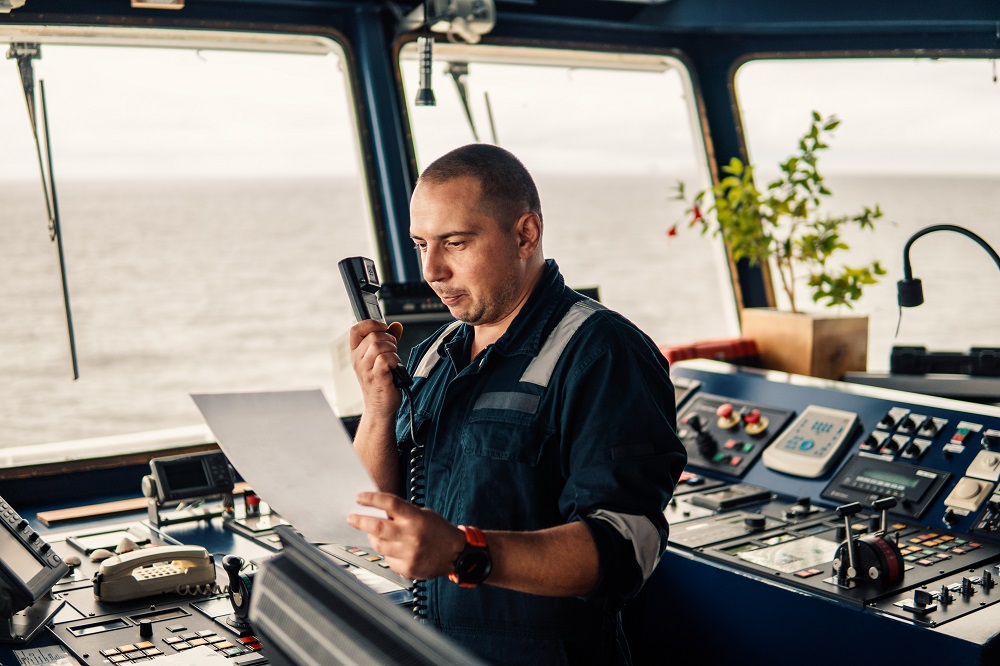 Familiarizing yourself with basic radio etiquette will help you feel more confident when you’re on your boat. Below, you’ll find some basic tips on what to do and what not to do when you’re using your VHF radio.

When you have to communicate single letters, always use the NATO phonetic alphabet. This is done to ensure that the person who receives your message is very clear in each letter you’re speaking. This means you must familiarize yourself with the alpha, bravo, charlie, and delta names that refer to the letters. The NATO alphabet is a universal language when you’re on the water.

Reading out single digits instead of more complex, longer numbers is another universal standard for radio use. Doing so makes it clearer and easier to understand communications with the responding station. This can be especially helpful when there is a language barrier between boaters. 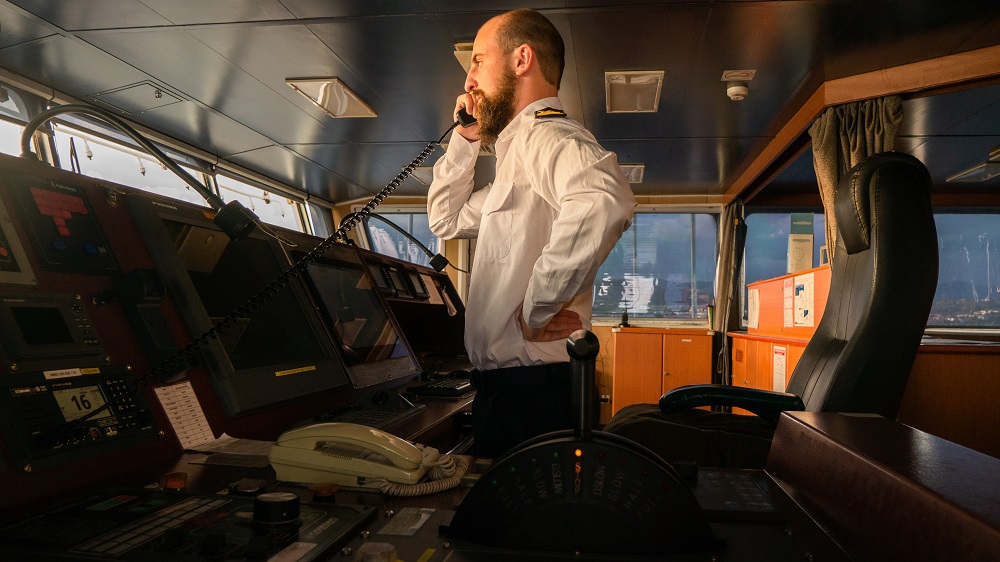 There are three main types of calls that you’ll hear on a radio: mayday calls, pan-pan, and securite. knowing the severity of each type of call and how it can affect you is very important Additionally when you make these types of calls, it’s important to use the right call at the right time.

This type of call is meant to alert a nearby boater to something. This is an informational message or call and nothing more. For example, a ship leaving the dock a broadcast on channel 16 the fact that there on the go. Coast guards can broadcast this type of message as well and they do so to alert nearby boaters of issues such as upcoming storms or debris in the immediate area.

These calls are designed to alert a nearby boater when there’s an emergency on a boat, but the emergency is not a life or death situation. These calls are not calls for help, however, they do signify that something major has happened on board a vessel, which can lead to a mayday call. Nearby boats and the Coast Guard are made aware of the situation but don’t provide immediate rescue.

A distress call is designed to alert nearby boaters from that Coast Guard when there’s a catastrophic event such as persons needing medical attention, a fire on board, or a sinking vessel. The correct etiquette here is to avoid abusing the use of this type of call. Mayday calls should only be used as a last resort. If you’re on your boat and you hear a mayday call and you’re close enough you must respond.

Every VHF radio has DSC, which allows the VHF radio to also transfer information digitally, as well as send a digital distress signal instantly, to alert the coast guard. A portion of the alert is a maritime mobile service identity number that identifies a vessel. This nine-digit number is like a phone number for boats. With DSC, a distress call’s range can be significantly greater.

Knowing how to use this type of radio correctly can save your life, the lives of passengers on your vessel, or the lives of other boaters. Familiarizing yourself with proper etiquette, the NATO alphabet, and how to send and receive messages will ensure you’re prepared when an emergency or disaster strikes. Remember, you should never head for open waters without a marine radio on board.