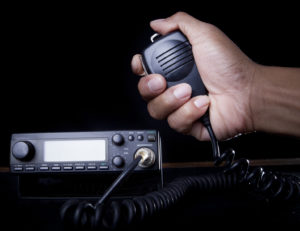 As most CB radio users know, a powerful CB radio microphone can do wonders for your radio. These mics offer their own amplification circuit, which means that they can offer the type of high-quality sound that makes it easier for the user to communicate, especially in loud environments. For many users who enjoy louder sound, a mic is the best way to go since it provides extreme modulation levels. But a mic isn’t always the perfect choice for every CB model and in many instances, they can do more harm than good.

Before you buy, consider what type of features you want in a mic. Do you want one that only amplifies your voice, or do you need one for noise canceling abilities? Do you want a basic model that features a traditional triangular design or are you looking for something with an ergonomic design, for added comfort?

CBs are designed with a specific audio circuit and for some models, the manufacturer will put more time and effort into the design, using potentiometers that can be internally adjusted for the best sound. And some manufacturers will simply skip this addition and don’t really bother with audio circuit quality.

There are several types of mics to choose from with special features that will distinguish them from other types of mics. Some features, like roger beep and echo are more fun to use. Others, like noise canceling and power features, can allow you to transmit louder and clearer.

Power mics, or pre-amped mics, require a nine-volt battery for operation and work to amplify the sound of the speaker. They don’t give the radio itself more watts or power, but they can amplify the speaker’s voice, improving sound quality. A person can often become hoarse from constantly speaking loudly into their CB.  Keep in mind that if background noise is an issue, then you may need to do a little research because some models have a tendency to amplify background noise as well. But all power mic models work perfectly in quiet-running new cars. Another big advantage to using this type of mic is that while a person will normally need to keep their mouth close to a mic when speaking, with power mics, it will still amplify the user’s voice even if they don’t.  This, in turn, allows the speaker to be heard clearly during transmission with their mouth farther from the mic, giving the user more versatility and allowing them to do other things while using their radio. Most users will talk in a normal tone of voice, but if you’re naturally soft spoken, you may need to keep the mic closer to your mouth.

Higher end noise canceling mics will feature a noise-canceling cartridge that’s designed to filter out wind and background noise, making these devices very useful to motorcyclists, truckers and other motorists who drive with their windows down or have loud engines. These mics are also helpful when you’re talking on your radio and listening to music.

These mics are also available with a couple of types of cartridges: electret and dynamic. The dynamic cartridge is ceramic and far more common, while the electret models are more affordable and smaller.

Echo mics produce an echo sound effect and come equipped with a volume knob that’s similar to that of a power mic. These models have dials used to adjust the echo’s speed and are battery powered, just like a power mic.

Other CB Radio Mic Features to Look For

Roger beep mics work to transmit a beep when the user un-keys the mic. This will allow the listener to determine when you have ended a transmission.

Wireless models use a base box that’s connected to the radio. These mics allow you to communicate using a wireless handset. Top brands such as Uniden feature a wide line of these wireless mics which are perfect for people who spend a lot of time on the road.

Hands-free models allow you to communicate on your CB radio, without the distraction of holding the mic.

When you’re shopping around for a new model, the pin configuration is probably the most important thing to consider. Most newer CBs have four pin plug wiring, while older models will feature five or six pin plug designs. When you buy a mic, if you’re unsure about the type of plug it uses, speak to a professional.

The four pin design can work with most Midland, Uniden, and Cobra radios that have been produced in the last decade.

Five pin plugs are commonly used in Cobra models, so mics that feature this type of plug are considered pretty versatile.

Why the Cobra HG M84 CB Mic is so Popular

While most CB radios come with a pretty decent mic, you may want to invest in a higher quality handset that features noise canceling and for this, you’ll need to shell out some extra cash. CB mics that simply work to amplify the voice don’t feature noise canceling and will only be ideal in quieter settings.

The HG M84 by Cobra is a popular mic that offers some cool and unique features that are packed into the innovative ergonomic mic design. This model doesn’t look like your average CB handset and it’s designed to fit comfortably in your hand, slightly better than a standard CB mic. This model comes with an extra nine-foot long cord that allows the user to pass the mic to other people in the vehicle. Users will also enjoy the noise canceling function which ensures that only the speaker will be heard and not other background noises.

The finger grips are designed to fit the user’s hand well, making it very comfortable to use, unlike other models that feature a triangular design.

However, this unique design may be difficult for seasoned CB Radio Microphone users who prefer the classic design.

For more information about CB Radios & the 40 available bands of operation. Please check out the rules and regulations by the FCC.